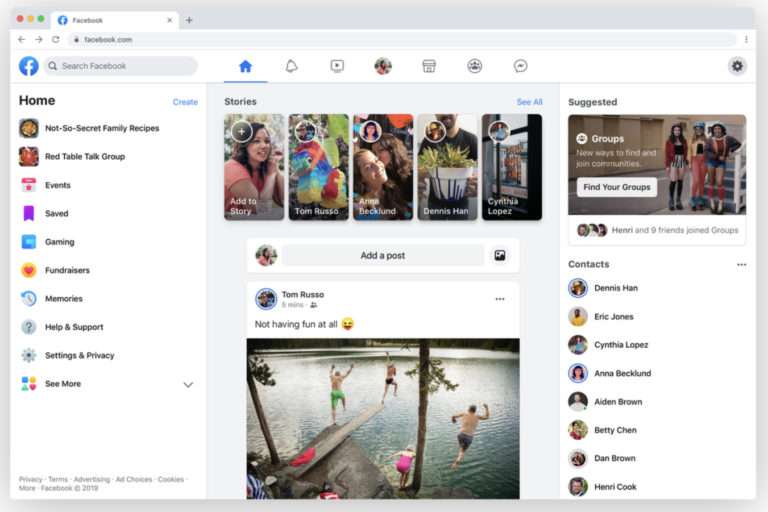 Facebook is Preparing to Launch a Desktop Redesign to All Users

Facebook is planning to roll out a redesign of its desktop website to all users before this spring.

The redesign is the same one that was talked about as far back as April 2019, which means it could end up being in testing for a full year before Facebook rolls it out to everyone.

Currently, a limited number of Facebook users have been granted access to the redesigned desktop site on an invite-only basis. In a statement provided to Cnet, Facebook confirms the redesign will soon be more widely available.

What to Expect in Facebook’s Desktop Redesign

The company describes the redesign as a “fresh, simple Facebook” which makes it easier for users to do what they want. Based on the example provided by Facebook, here are some of the key changes on the way:

Here is a Facebook-provided rendering of the new design: As you can see, the new desktop site will look a lot like the current mobile experience. By all accounts from people who have early access, this is only a redesign of the user interface. There will be no changes to how Facebook functions on desktop.