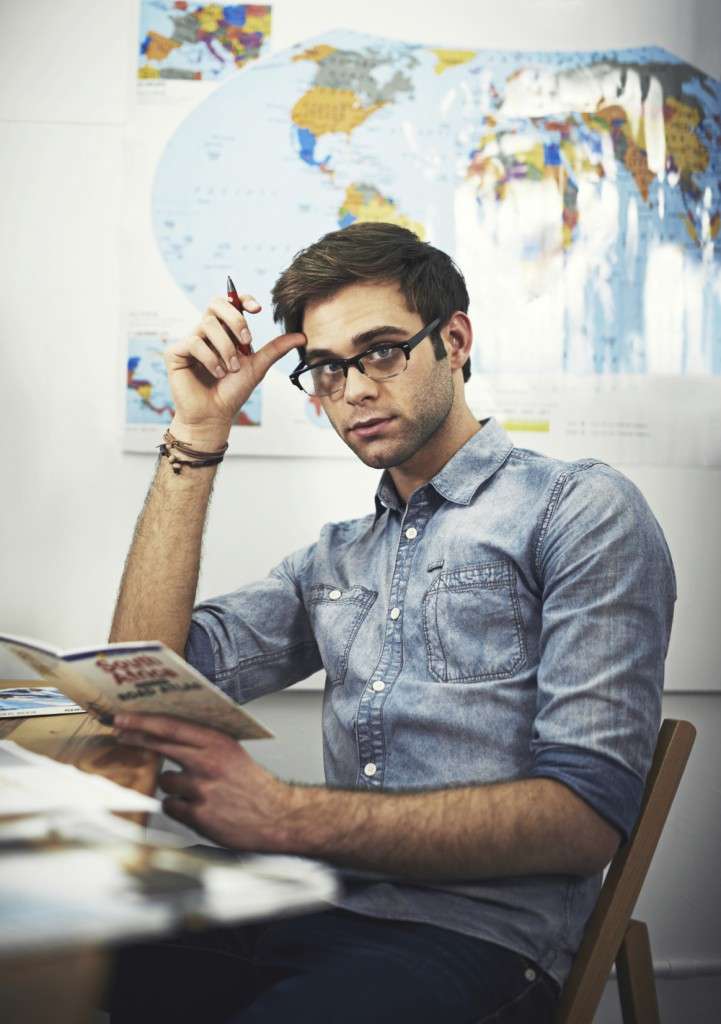 As I approach a quarter century working in the marketing & advertising field, I’ve begun exercising my hard-earned right to be a curmudgeon. And a recent article in AdWeek offered some interesting reflections on the latest batch of graduates headed out to “conquer” the advertising world, and that helped me get in some quality scowling.

The article’s subhead “Traditional job titles can be shackles for multitalented grads” really grabbed my attention. It got me to thinking about not only new grads coming to advertising, but to the workforce in general.

From the rest of the article, it would seem like these new grads, nurtured by advances in technology and social media-fueled collaboration, are a force of multidisciplinary wunderkind poised to change work as we know it.

But the first problem as I see it isn’t in their state-of-the-art training or access to vast information, it’s their lack of experience—or rather, their confusing of ability with expertise. The notion that graduates arrive at agencies or offices or warehouses or any full-time job with a fully functional collection of self-defined skill sets is absurd at best and dangerous at worst.

The tricky thing about experience is that it takes experience to gather it, and time to realize that knowing is not the same as understanding. One of my favorite parts of the film Good Will Hunting is where Robin Williams’ character explains life to the young, troubled genius played by Matt Damon:

“So if I asked you about art, you’d probably give me the skinny on every art book ever written. Michelangelo, you know a lot about him. Life’s work, political aspirations, him and the pope, sexual orientations, the whole works, right? But I’ll bet you can’t tell me what it smells like in the Sistine Chapel. You’ve never actually stood there and looked up at that beautiful ceiling, seen that.”

The desire for those entering the job market to somehow bypass the vitally important experience-phase seems to have grown more pronounced in recent years, perhaps fueled by the interactivity and immersion available from the internet. But there is no substitute for actually working in a real-world environment, removed from the safety and surety of the classroom.

The second problem is the idea that job titles are “shackles.” Job titles are intended to define a function or role, but not a person. And this is not a new idea. People coming from the exact same educational program with the exact same degree would still offer very different skill sets because their backgrounds, personalities, and experiences are different.

If job titles were what defined a person’s abilities, then based on my own skills and education, I could have easily started my career 24 years ago as a “writer/editor/illustrator” or even a “designer/coordinator/announcer” or any number of combinations that would have tried—futilely—to capture what I could contribute.

But instead, I selected one job title and worked to master it. I made a decision and commitment to be the best I could in that one area before setting out to tackle any others. And in the process, I not only made valuable mistakes, but I was able to surround myself with incredibly talented people in the fields that touched mine. In other words, I continued to learn well past graduation.

And that’s where I found the idea for 3 simple suggestions for new grads—let me know if you don’t agree:

Your 20s: Find Your Strengths.

Brimming with information, ideas, theories, and youthful exuberance (do not discount the value of that!) this is the time to figure out what you’re truly good at. Choices will need to be made routinely that will impact the course of your career and life; spend this period honing your skills in the real world, daring to be bold, taking risks, and asking questions. And in that process, learn from mistakes and build on successes.

Your 30s: Know Others’ Strengths.

Once you’ve sorted out what your core strengths are, surround yourself with talented people who are different—and even better!—than you are and learn how you can benefit from their strengths. Continue to polish your craft, but figure out how it relates to those of others. Whether it’s through helping directly, anticipating needs or simply having everything accounted for on your end, focus your energies on being the person everyone else can count on—that person who “gets it.”

Your 40s and Beyond: Understand the Balance.

By this time, you’ll have had some struggles—between life and work, between the job you have and the one you want, between your role and those of coworkers, between being someone who does the work and someone who leads it. This is the stretch where applying what you’ve learned comes into play. Understanding what’s really important and what really isn’t can only come from experience, and now is when you apply what you’ve learned over the years. This is the period where those hybrid job titles aren’t so farcical because they’ve been developed over time and are backed up by tangible experience.

While having multiple talents and being versatile can definitely be an asset, there’s an inescapable truth to the term “jack of all trades, but master of none.” With the ability to move laterally in different roles, the generalist will always have a place in an organization, but being a true master of your craft is the surest way to move up instead of just around.