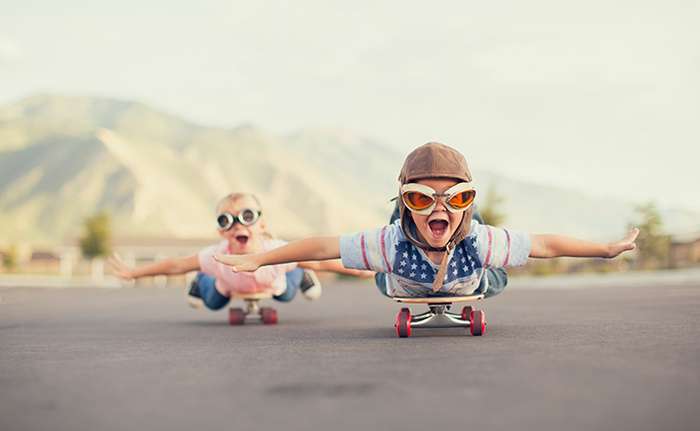 There’s a misnomer that “creative types” are all sullen, unrealistic artists—or worse, that they don’t understand or care about the business. As a result, it’s all too easy to dismiss their potential contributions.

A lot of the misperception around marketing creatives is actually founded in reality. Many writers and designers are highly intuitive types, utilizing a form of information processing found in only ¼ of the general population. Where most people see things literally and as a collection of facts—that’s a white, ceramic, 12-ounce coffee cup—creatives instead see symbols and metaphor. It’s not simply a coffee cup, but a vessel, container, start to the day, source of energy, handle, hammer, hand-warmer, flower pot, second-stage of a Saturn V rocket, and the list goes on.

This kind of lateral thinking can be powerful, making seemingly random associations and asking “what if.” It’s also potentially confusing to those who don’t harness it to the same degree. As a result, creative types are seen as out of touch with the world around them, often appearing as aloof, clumsy, and distracted. But when you’re looking for a way to break through the clutter, to gain a new perspective, that’s where these intuitive and creative types can shine.

Here are 5 ways to make sure you’re getting the most out of the creatives on your teams:

The easiest way to waste time is to brainstorm or concept without a clear purpose. Some managers will try to “not stifle creativity” and let the conversation roam. Remember that for creatives, one idea quickly leads to another, and without an objective to focus the effort, there’s no telling how far off-target you’ll end up. So if you need a solution to boost click-thru, say it; if you need it to increase sales by 35%, lay that out there. Those become the sun that the ideas will orbit.

2.Provide All the Inputs

Don’t be afraid to give creative types lots of relevant information—that’s the framework for the ideation process. And provide it early. Think of it as baking a cake: you can’t mix everything, put the cake in the oven, and then just add the salt at the end and expect it to be good. All the elements need to come together at the beginning so they can be accounted for in the final result. What may seem like a small omission early could have a major impact later on. So if you have inputs, share them.

Creativity isn’t just the ability to immediately spit out ideas. More often than not, it’s a process, and from the outside, it appears to involve a lot of things that don’t look like problem solving. Creative types observe, daydream, read, consider, walk around, change their perspectives, argue both sides—all part of the process that helps them drive to solutions. Be sure to allow them time to explore the question before providing their answer.

In nearly a quarter century of work in the creative field, I’ve never myself or had another creative offer a solution solely because it’s trendy or “cool.” Creatives are problem solvers and if they offer an idea, it’s because they believe it fills a need. Why that image? Why that headline? Chances are there’s more to it than meets the eye, so ask if you’re not sure of the rationale—just be ready for a metaphorical answer vs. a literal one.

As someone wise put it: If you’re afraid of the answers, don’t ask the questions. Creatives view the world differently, so if you’re sincerely wanting more of the status quo, you’re going to be disappointed by what they bring you. There’s a real chance what they propose will make you uncomfortable—that’s a good thing! What’s comfortable is ordinary. Every great innovation had a moment when someone could have said no but was smart enough to ignore the discomfort and give it a try.

Of course, creativity is messy, so there’s no guarantee that using these tips will help your team nail the target every time, but they will certainly stack the deck in your favor, increasing efficiency as well as results. Besides, understanding the best ways to utilize your marketing creative team is its own innovative step in the right direction.